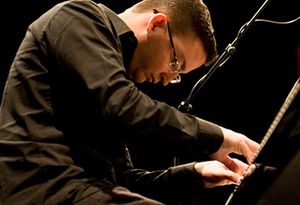 Award-winning pianist and composer Martin Bejerano leads a trio playing original music influenced by the his Cuban and American roots. The #CubanAmerican Suite, commissioned by Chamber Music America, will be performed at the SPC Music Center on Thursday, October 6 at 7:30 PM. This concert is part of the EMIT Latin Jazz Fest and celebrates Hispanic Heritage Month.

With extraordinary technical command of the piano, a highly modern harmonic and rhythmic concept, and a commitment to lyricism and musicality, Martin has continually garnered critical praise across the world. He has perfomed with the Christian McBride Band, Dave Holland, Pat Metheny, Ron Carter, Ignacio Berroa, Lonnie Plaxico, Bryan Lynch, Adam Nussbaum, Roy Hargrove, Arturo Sandoval, Mingus Big Band, Marcus Strickland, E.J. Strickland, John Faddis, Wycliffe Gordon and many others. Martin is lead piano professor at the Frost School of Music at the University of Miami. Joining him is Edward Perez (bass) and Ludwig Alfonso (drums). Support for this concert also comes from EMIT, St. Petersburg College, Creative Pinellas and the National Endowment for the Arts.

Admission is free for SPC faculty and students with an ID. General admission is $20 available from https://www.eventbrite.com/.../martin-bejerano-trio-on... 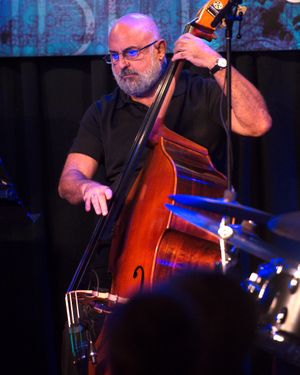 The second concert on the EMIT Latin Jazz Fest features Mauricio J Rodriguez, a well-known Cuban bass player and composer ,and his band with some of the finest musicians in the area: a Grammy winning saxophonist, Zach Bornheimer, pianist Pablo Arencibia; drummer Andy Fornet (of Orquesta Revé and Charanga Habanera, Cuba); and conguero and percussionist Dimas Sanchez. The venue is a recently constructed music venue at Bayboro Brewery located at 2390 5th Ave South in St. Petersburg. It's a great venue in the Arts Warehouse District with fine craft beers and food. General admission is $10 available from Eventbrite at http://www.eventbrite.com/.../mjr-latin-project-emit... 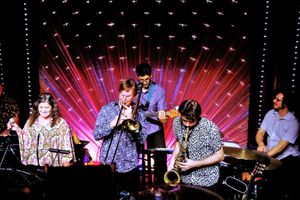 FREE Concert! - The Latin Knights and Brazilian band O Som Do Jazz finish the Latin Jazz Fest with a free concert in the beautiful Museum of American Arts and Crafts Movement in St. Petersburg.

Enjoy this gorgeous museum, have a cocktail from the concession and listen to great Latin jazz. This free concert is brought to you by EMIT, the National Endowment for the Arts, Creative Pinellas, the Florida Division of Arts and Culture, MAACM and the City of St. Petersburg. 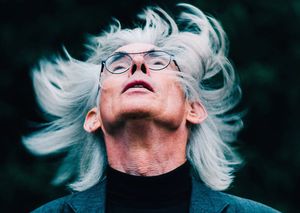 EMIT & the Warehouse Arts District present Dutch vocal artist Jaap Blonk performing one of the key works of the Dada movement, a poem existing of nothing but (mostly) meaningless syllables: the Ursonate by Kurt Schwitters, a masterpiece, written between 1923 and 1932. Jaap is joined by improvisers Jim Stewart (drums), Tom Kersey (cello) and David Manson (trombone) in a freeform exploration of sound. Renowned Dutch vocalist and sound poet Jaap Blonk is unique for his powerful stage presence and almost childlike freedom in improvisation, combined with a keen grasp of structure.

“Blonk’s avant-garde performances channel the provocatively pioneering nonsense of Dadaism. His work is tremendously complex, but his brilliance makes it easy to think the opposite.” (San Francisco Weekly)

Admission is $15 available at https://www.eventbrite.com/.../jaap-blonk-on-the-emit... 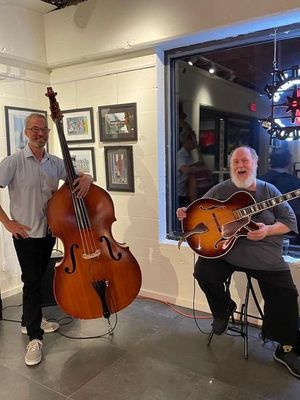 The Larry Camp Duo plays jazz at the Tully-Levine Gallery during ArtWalk on August 13. This free jazz event is presented by EMIT, an adventurous nonprofit music organization.

Larry Camp is Tampa Bay’s quintessential jazz guitarist. Born in Virginia, he learned his craft along the East Coast and at the University of Miami. He has been hailed by Musician Magazine as ‘one of the ten best unknown jazz guitar players in the U.S.’ He has played at the Kennedy Center for the President, the Smithsonian Jazz Series, as well as jazz festivals in Europe, in Clearwater, and Sarasota, Florida.

Bassist Joe Porter performed with the Maynard Ferguson Big Bop Nouveau band on a world tour from 2001-2003. During his tenure he also had the chance to perform with singer Diane Schuur. He freelances and teaches music here in the Tampa Bay area.

O Som Do Jazz is playing a free concert outdoors at the Zoie's Stage @ the MARket in Grand Central on Sunday, June 26 at 11 AM. It's part of St. Pete Pride and sponsored by Zoie's (a great new restaurant), the Mar and the nonprofit EMIT. The location is Central Ave. & 23rd St. in St. Petersburg. 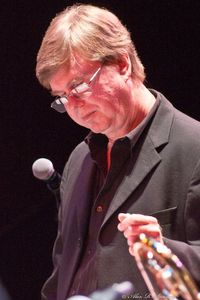 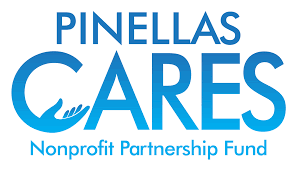 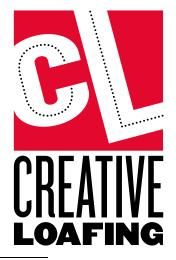 Would you like to be part of this new Florida jazz tradition?  Contact Director David Manson to talk with him about concerts and sponsorship: mansond@spcollege.edu